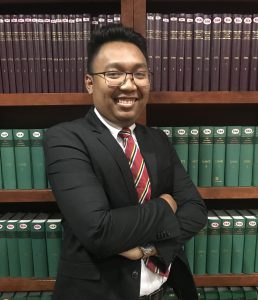 Muhaimin graduated from International Islamic University Malaysia with LL.B (Hons) in 2014. He continued and completed his DLSA at Mara Technology University in 2016.

Throughout his practice thus far, he has experience in a wide range of litigious matters including, general debt recovery, commercial and contractual disputes, tenancy claims and banking disputes (including shariah financing). He has experience in conducting matters in the Subordinate and High Court as well as matters in the Court of Appeal. He is also trained in dealing with foreign entities and corporations and issues regarding cross-border dispute and foreign jurisdiction.