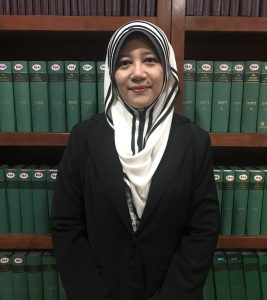 Amalina is another success story from the International Islamic University Malaysia. She was called to the Bar in 1999. She did her pupilage at Messrs. Nordin Torji & Partners. From there, she then continued her legal career as Legal Assistant at Messrs. Sim Ooi Hong Rohaya & Co. and Messrs. S. Mathavan & Nur Hafizah.

However, her greatest asset comes from her working experience from May 2004 until October 2007 at the Selangor Land & Mines Office, Shah Alam as Legal Officer. Considered one of the busiest land office in this country, she gained vast knowledge in land matters and had dealt with a great deal of land issues.

Among others, she is considered as an expert in fields provided below:-